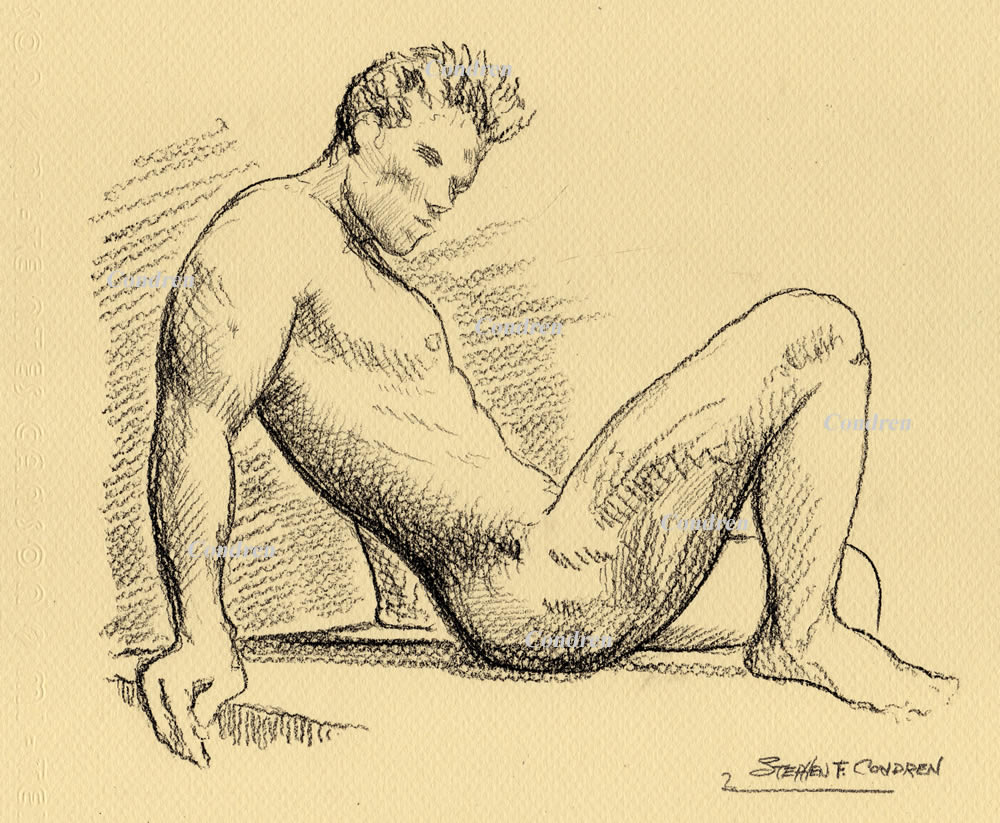 This fair young man is posed sitting up in an elongated manner, because he is displaying his physique. His genitals have not been exposed, because they have no structure. This young man’s body is all about structure, and architecture, because that is the rule of Nature.

In the rendering I have chosen to use a very soft charcoal pencil, because I wanted the look of the granulated lines. Charcoal pencil is very dark, and course, because it is a clinker material. 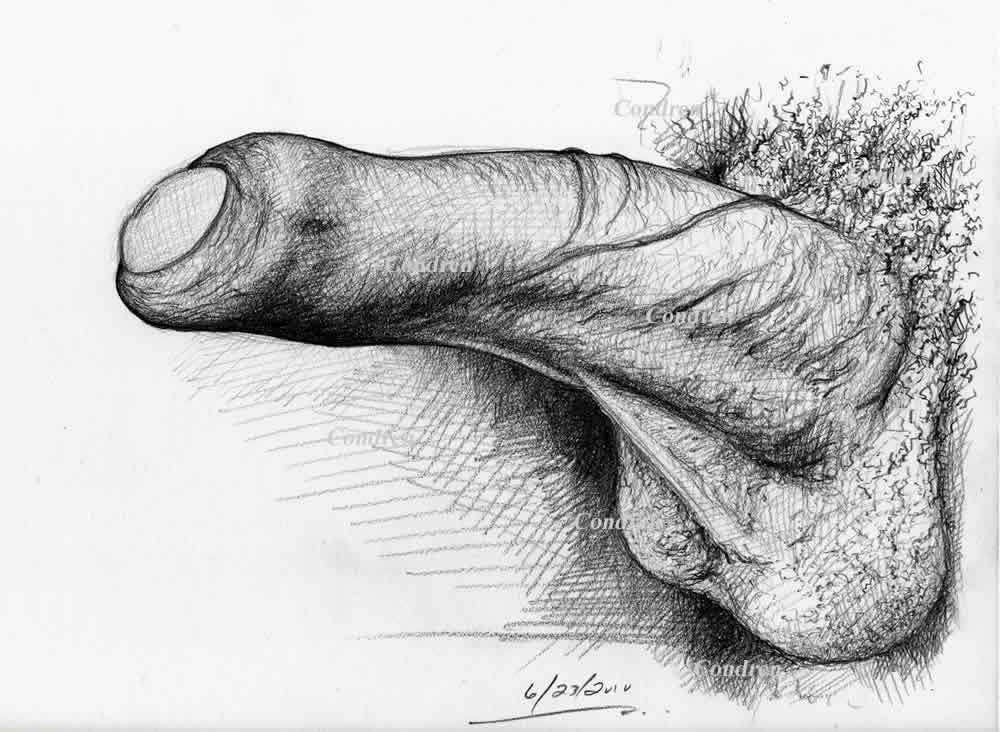 As a graduate of the School of the Art Institute of Chicago, I drew and painted nudes all day long, because I majored in Figure Drawing, and Painting. I was a precocious child and could draw from the earliest age, because I was gifted with the ability to draw. The human face and body has always fascinated me the most, because they are the glory of creation.

When drawing the human figure, you have to of course draw the penis, because it is a part of the body. I never like to look at drawings, and paintings of naked men that are wearing pants, or donning a fig leave, because it spoils the image. By putting such things on the loins only puts attention to the penis in a negative way, because people get embarrassed. The penis, like the woman’s breast are a part of the body, and not to be ashamed of, because they are good things. 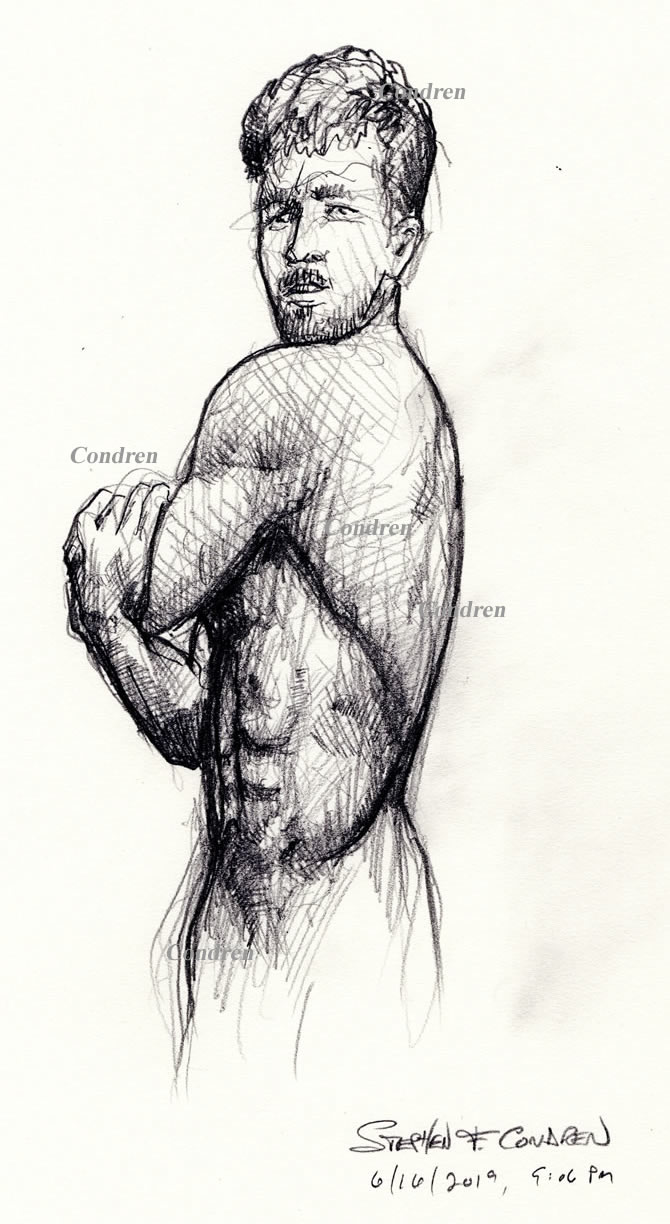 The Architecture Of The Human Male

Human sexuality is based upon beauty, because it is in demand. The purpose of sex is to protect the seed, because this safeguards the species. Sexual desire is developed through beauty, because beauty requires structure. Male architecture is designed to evoke the desire for beauty, so as to develop male bonding.

Sex is meant to develop male bonding, because it brings men together. Males carry the seed of life that have to be protected, because this insures the life of the species. Like an army, the bonding of human males protects the team, because it builds up the team members. Male bonding is only made possible through the ointment of sex, because men need to huddle as team players that manifest male bonding.

The beauty of the architecture of the human male works to attract the sexual appetite of both males, and females, because this is the rule of Nature. The demand of nature is the creation of offspring, and this is done through sexual intercourse between a male and female. The drawing above show the beauty of the human male which is meant to be pleasing and comely, because he is handsome.

Therefor the beauty of the human male serves as the agent of male bonding, and species procreation through sexual intercourse with females, because this is the rule of nature.

Female Are Mandated To Be Plain

The human male naturally desire sexual relations with other human males, because this is the rule of Nature. Bartolomeo Manfredi understood this, because he painted it in Cupid Chastised. 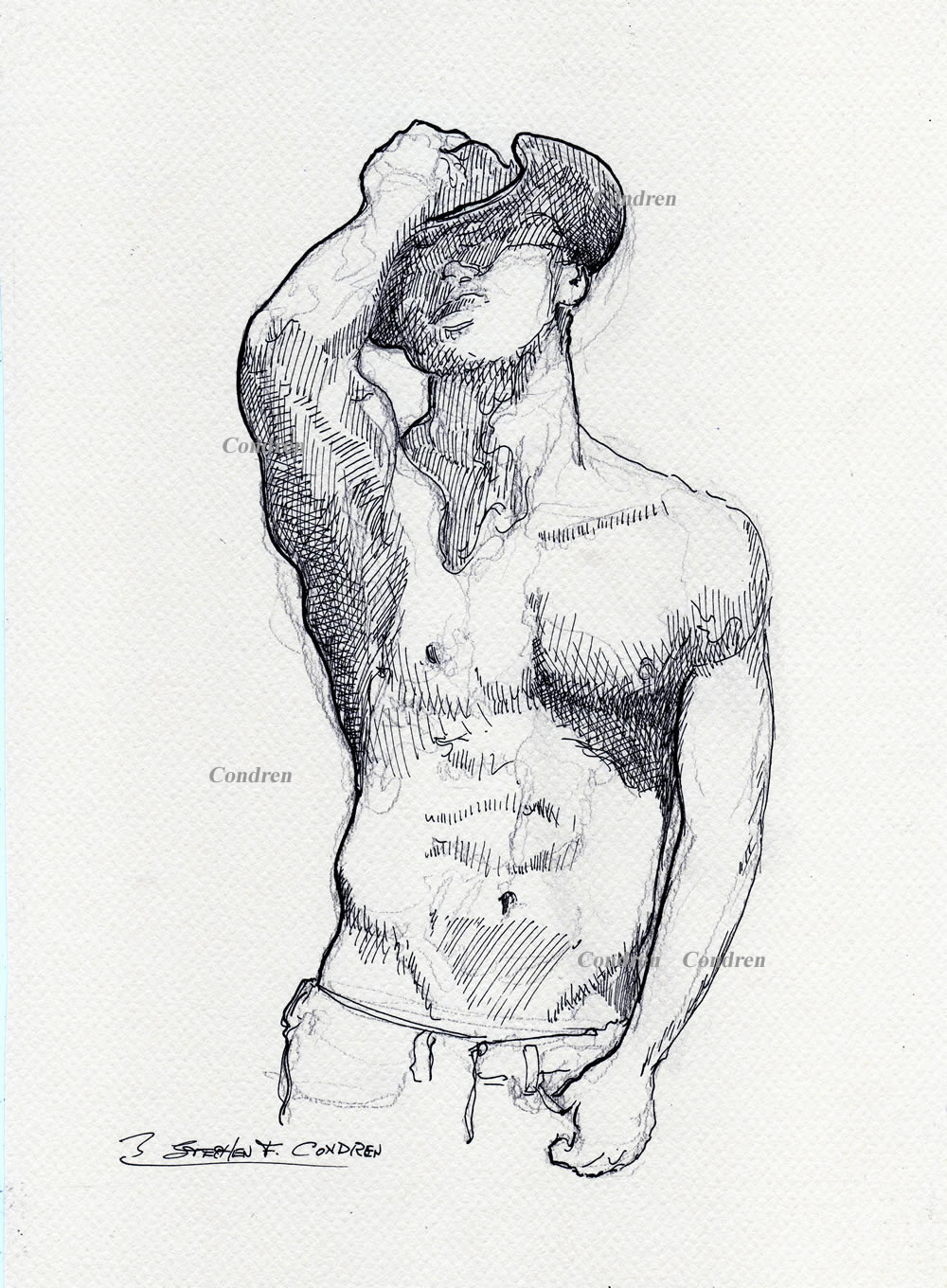 From the fish in the sea, to the birds in the air, it is Nature’s decree that the male is most fair. ~ Stephen F. Condren

From The Fish In The Sea, To The Birds In The Air, It Is Nature’s Decree That The Male Is Most Fair

If you are a man, and you want to make your straight buddy uncomfortable in a hurry, just tell him that “The guy who just walked in is really cute”, and you will see him squirm! Why? Because deep inside, your buddy knows it, and does not want to let the cat out of the bag. This fact is true of all men, in all cultures, and of all races, because men are far more beautiful than women. More importantly, the male gender is the fair gender, not the female.

The male, unlike the female possesses a magnificent architecture, because his muscles, skeleton, and physique sculpt a structurally sound design. Whereas the female has a wobbly form, accented with saggy tits, and flabby hips, that offers little. This is because to have the female the equal in beautify with the male would cause a visual, and social conflict, because the male is the dominant gender of the species by the rule of Nature. It is the male that mounts, and penetrates the female, because the male passes on the seed of life.

In Western Culture, and many others, we have been brainwashed, swindled if you will, to believe a lie. For it is the rule of Nature that the male gender in all species is the beautiful, and fair specimen. Men of society uphold the female as the fair sex, because they desire them for sexual satisfaction. Thus to uphold another man as beautiful creates a conflict in their mind, that is wrong, because the ploy of upholding of female beauty is to focus on sexual intercourse so as to procreate. Masking the truth, and living the lie of female beauty is a tawdry swindle, that cheapens the glory of Nature’s greatest creation, which is of course, the human male.

However, there is no need to worry, because men are meant to bond by the rule of Nature. This is why men like sports, and huddles, because they are team like the school of sperms swimming to the egg. Male bonding stems from our primordial sperm team, and poses no threat to male sexual encounters. Therefore, the next time that your buddy tells you that the guy that just walked in is cute, agree with him! Because he is offering you respect, and friendship which is the greatest treasure of all.

Above, and below are my drawings of beautiful men, the glory of Nature, for all men, and women to behold and enjoy. There is no need for men to be afraid to enjoy the image of male beauty, because it only enhances their standing. It is far better to be beautiful than ugly, because we all strive for beauty. 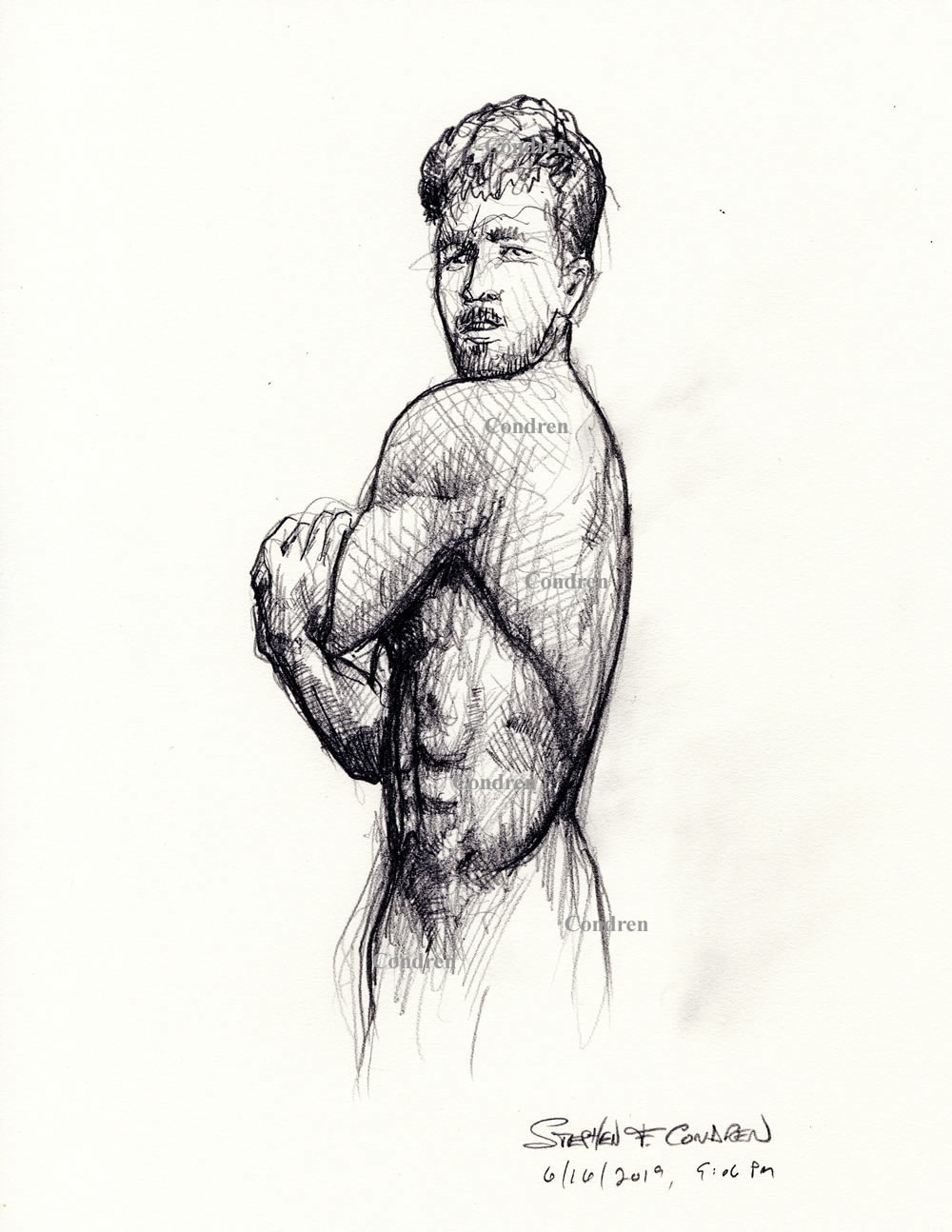 The pencil drawing here starts out like all of my drawings as a quick sketch, because he was moving. When the sketch is done, I will make a scan of it. I like to compliment the detailing with shade and shadows, and contour lines. Because my task in the drawing was to capture the image and delineate the key forms of the young man.

I have no interest in doing a “realistic” drawing, because they are boring. I would rather express myself through the movements of my pencil, because it is natural. Most importantly, it is best to draw what is easy to delineate, then people can understand it. If you draw organically, your work will always look good. I prefer to draw from real life, because I can see all the details.

Scans of male figure drawing #311Z3 are available in JPEG or PDF formats for making prints, note cards, or posters.

Condren Galleries is pleased to have been to participate in the execution of male figure drawing #311Z3.