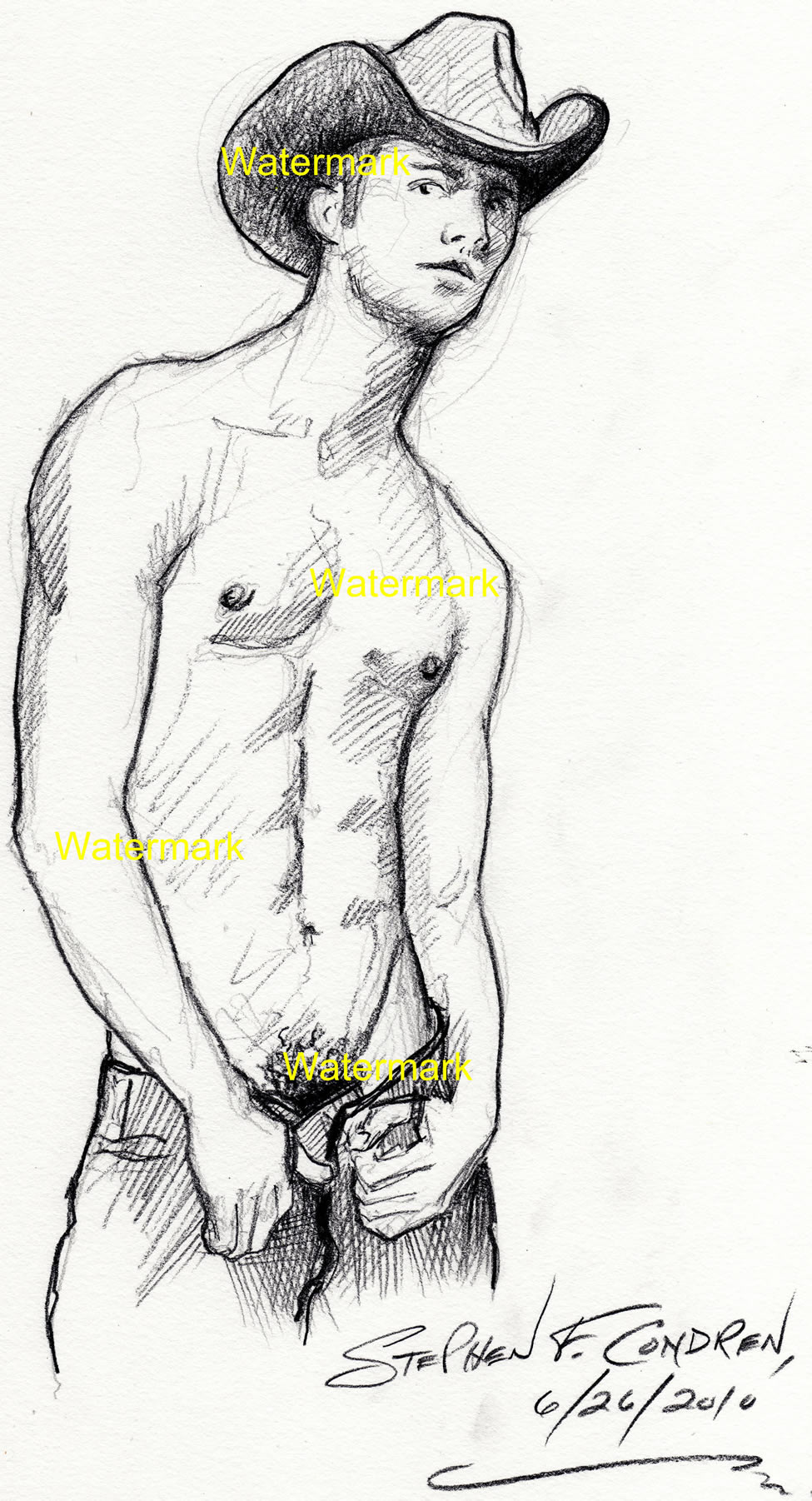 This pencil drawing of a young gay cowboy personifies the virile image of a western man. The drawing is meant to entice, because there is no exposed genitalia. The focus of the drawing is on the eyes of the cowboy, because he is looking right at you.

Below is my pen & ink drawing of a shirtless straight cowboy, in all his glory. This young man is so straight and will not even look at you, because he know that he is hotter than coal. The is no bulge in his pants, or open zipper, because he has no interest in hooking up. He is so ethereal, and lofty that has his arms in the air, and face in the shade, because he can’t be bothered. Now this is a straight boy!

Shirtless Gay Cowboy #441Z, or gay bare-chested herdsman, pencil drawing of a cowboy with his zipper open looking at you by artist Stephen F. Condren of Condren Galleries, with LGBTQ approved prints, and scans.