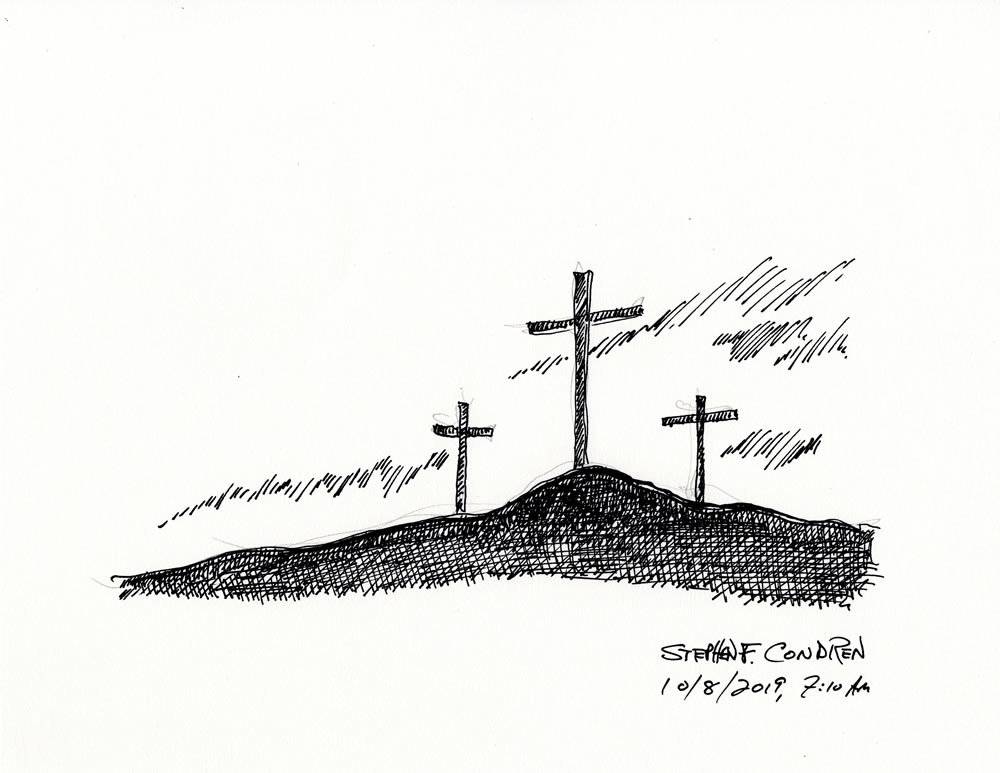 The genius of Christianity is that it offeresthe message of hope for a better life now, and after death. Christ (not Jesus) was the new Hero that will rescue the people from darkness, because darkness prevailed. It must be understood that back in antiquity everything was dark, because there was no electricity. The dark had a great impact on the people, because it always came back.

The message of Jesus was a way out from the darkness, because people were frightened. The message of eternal salvation was offered to any one that believed in Jesus, because that was faith.

Above is my pen & ink drawing of Golgotha, the site where Jesus was crucified. The drawing shows the images of all three crosses, because the Gospels tell us there where three crucifixions. The cross in the center is where Jesus hung, because it was between the two thieves.