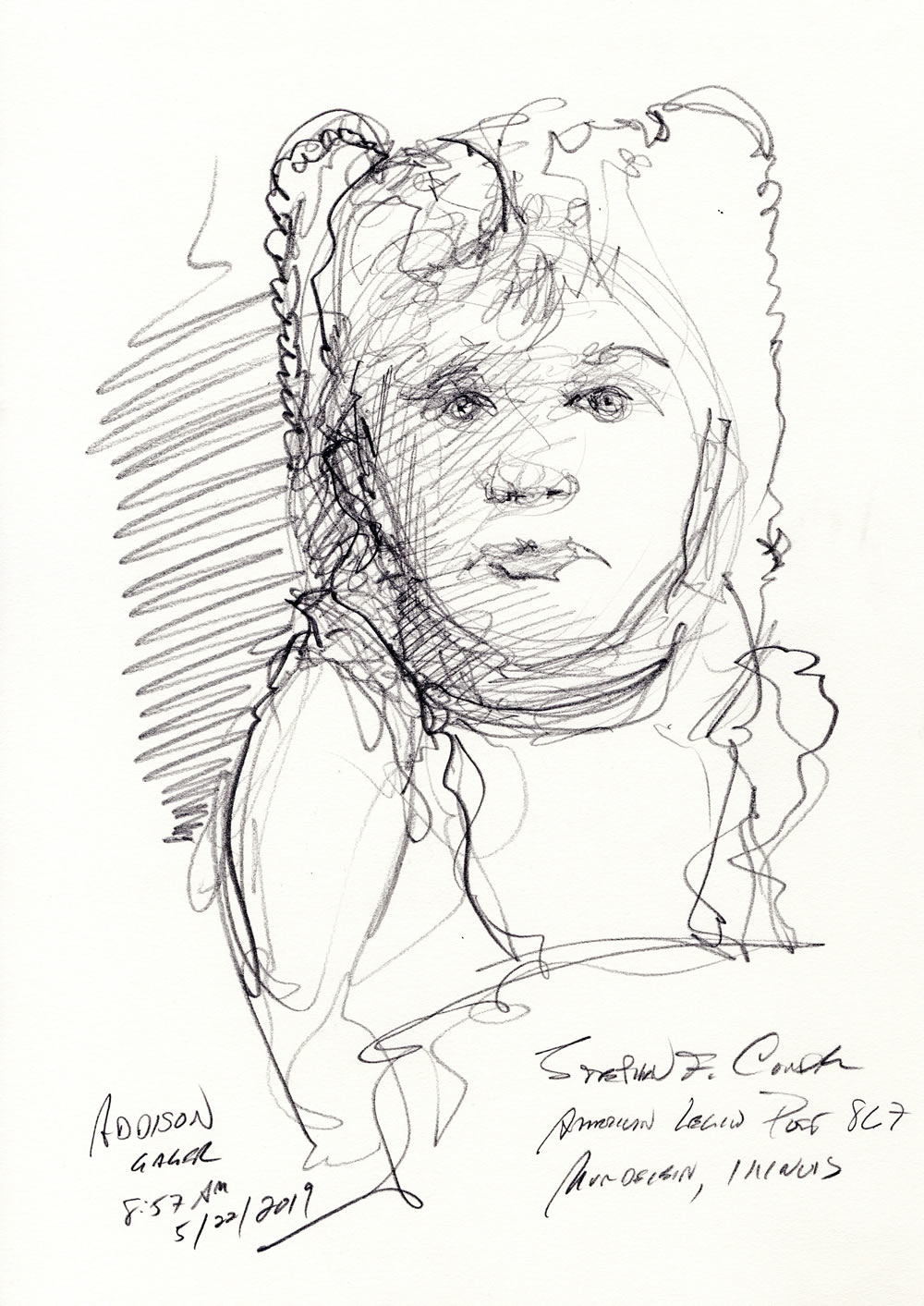 This article is about American Legion drawing #307Z, of Addison Gager, the granddaughter of Walley Frasier, and written by artist and United States Navy Veteran, Stephen F. Condren, BFA-SAIC, of Condren Galleries, a Fine Arts Gallery ~ the house portrait is done first as a pencil drawing and then a pen & ink, which comes with JPEG & PDF scans for making prints, note cards, and stationery. Congratulations Addison & Walley!

This drawing was done of Addison Gager while she was visiting the Post with her grandfather, Walley Frazier. She is a darling child and looks much like my very own granddaughter, Amelie Klein. Because Addison, like all children, is very active and moves a lot. Therefore, I had to work quickly to capture her image. Addison sat on a chair in front of Walley, as he held her in place, and with all loving gentleness.

Because Addison had long flowing hair, her mother has made ponytails on each side of her head. You can see them on both side, and the one on the left is more detailed. All in all the drawing took about 10 minutes to do.

Scans of American Legion drawing are available in JPEG or PDF formats for making prints, note cards, or posters.

Condren Galleries is pleased to have been to participate in the execution of American Legion drawing #307Z.

As an artist I have made American Legion drawing a staple of my architectural rendering works.