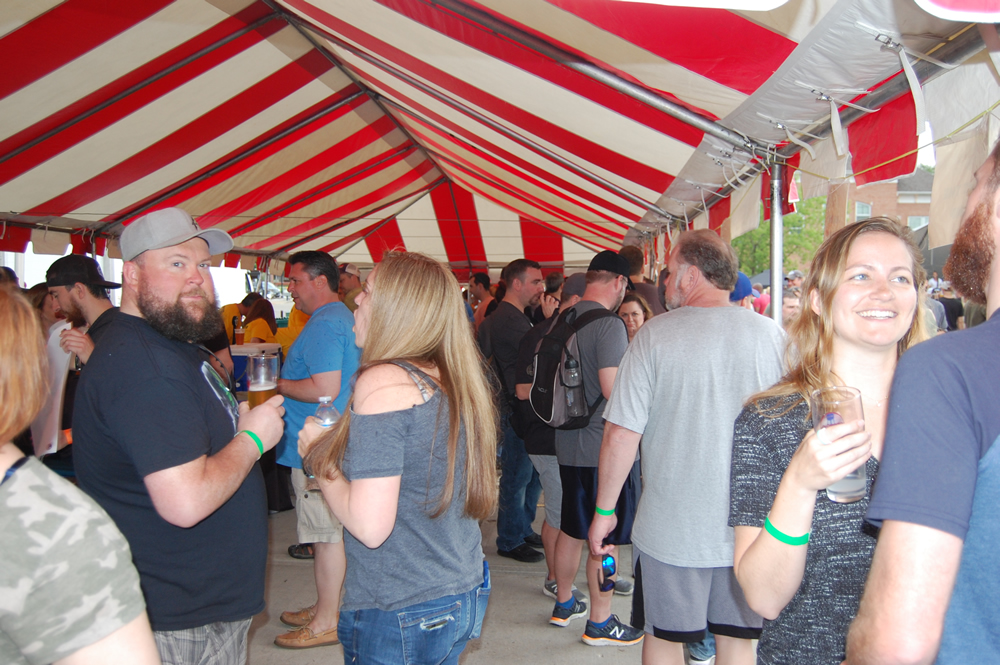 This article is about Grayslake Beer Festival #306Z, located in downtown Grayslake, and written by artist and United States Navy Veteran, Stephen F. Condren, BFA-SAIC, of Condren Galleries, a Fine Arts Gallery. Congratulations to the Village of Grayslake, The Grayslake Chamber of Commerce & The Exchange Club of Grayslake!

A beer festival with food, music, and beer!

The mood was festive and the music lively here at the annual Grayslake Craft Beer Festival, in downtown Grayslake. Because everyone enjoys a good time together with friends, there could be no better way to share time than here. Most importantly, the beer was outstanding, and everyone took interest in the music, and food.

Thought the clouds were hanging over our head for most of the day, the raid did not rule the day. Because we had many large and spacious tents to gather it, there was no worry about the rain. I must say, the rain did a good job of backing off during the whole day.

When it came to taking down the festival, the clouds rolled way, and we had no rain to interfere with the dismantling of the grounds. Because the clouds were not really heavy cumulus clouds, but rather status nimbus, they did not contain a lot of water, saving the day for us. Most importantly, the Grayslake Chamber, and Exchange Club of Grayslake did an excellent job of setting tents and facilities in such a manner that even in a hard downfall, everyone would be ok.

Condren Galleries is pleased to have been to participate in the execution of watercolor house portrait #000Z.

Because as an artist I have made Grayslake Beer Festival #306Z a place to be.