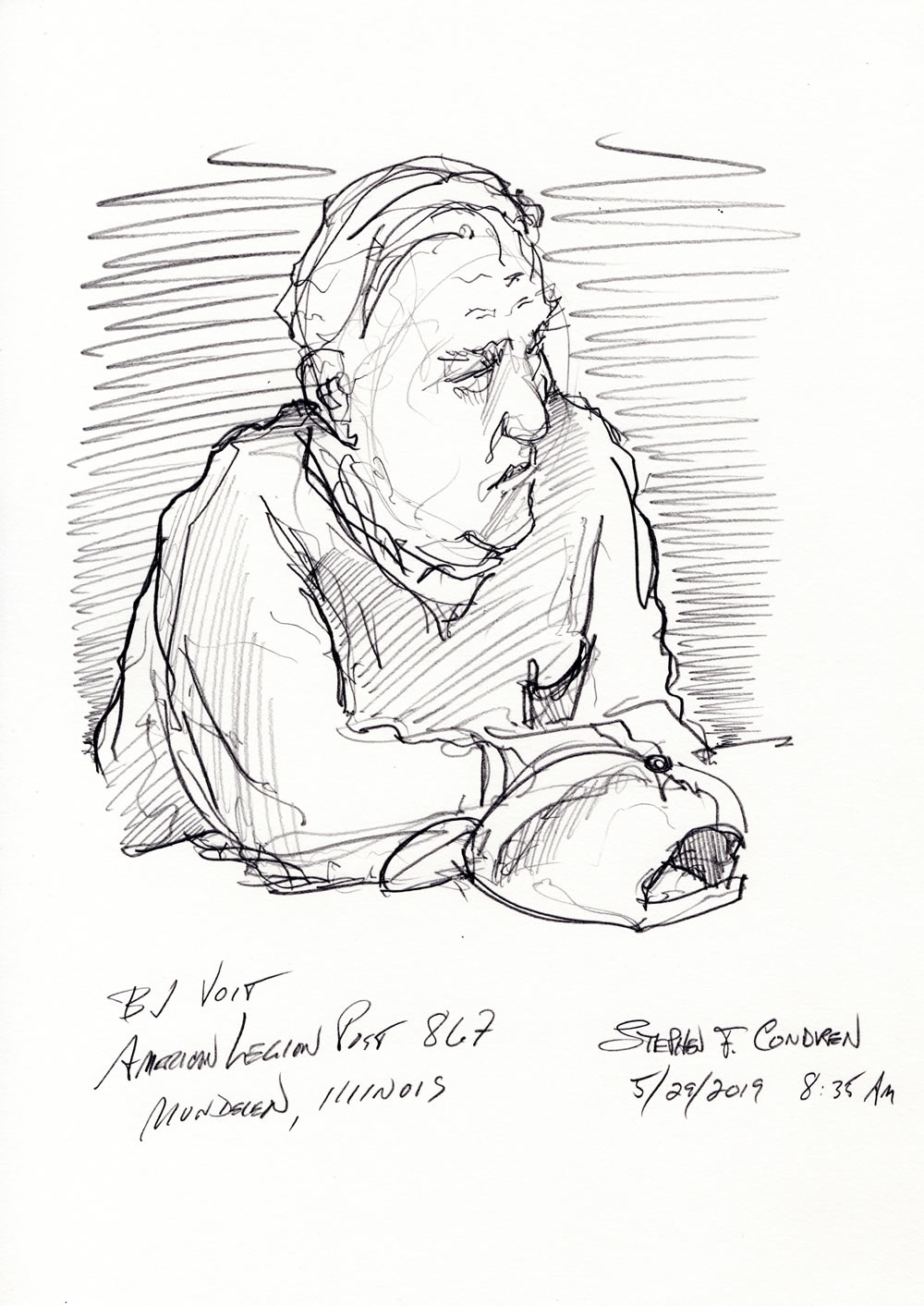 This article is about American Legion Drawing #305Z, of B. J. Voit, and written by artist and United States Navy Veteran, Stephen F. Condren, BFA-SAIC, of Condren Galleries, a Fine Arts Gallery ~ the house portrait is done first as a pencil drawing and then a pen & ink, which comes with JPEG & PDF scans for making prints, note cards, and stationery. Congratulations B. J. Voit!

The pencil drawing here is of a great American and Veteran. B.J. Voit is an outstanding member of American Legion Post 867, here in Mundelein, Illinois. He serves on the Board of the post and has a great sense of humor. When he walked by me and looked at my drawing of him he said “That is an ugly drawing!” I responded back at him, “Yes! Because you are an ugly guy!” We both laughed.

My focus on this drawing is the contour of the entire image. I did not want this to be just a portrait, meaning that I did not just want to focus on his face, and then let the rest of the drawing fall away. In this case, sort of like a sitting Buddha, I wanted the entire form to be one unified image.

You will notice that the contour lines of the body are stronger and bolder than that of the head. Also, I have made a point to include the hat on the table as part of the image.

Scans of American Legion Drawing #305Z are available in JPEG or PDF formats for making prints, note cards, or posters.

Condren Galleries is pleased to have been to participated in the execution of American Legion Drawing #305Z.

As an artist I have made American Legion Drawing a staple of my portraiture works.