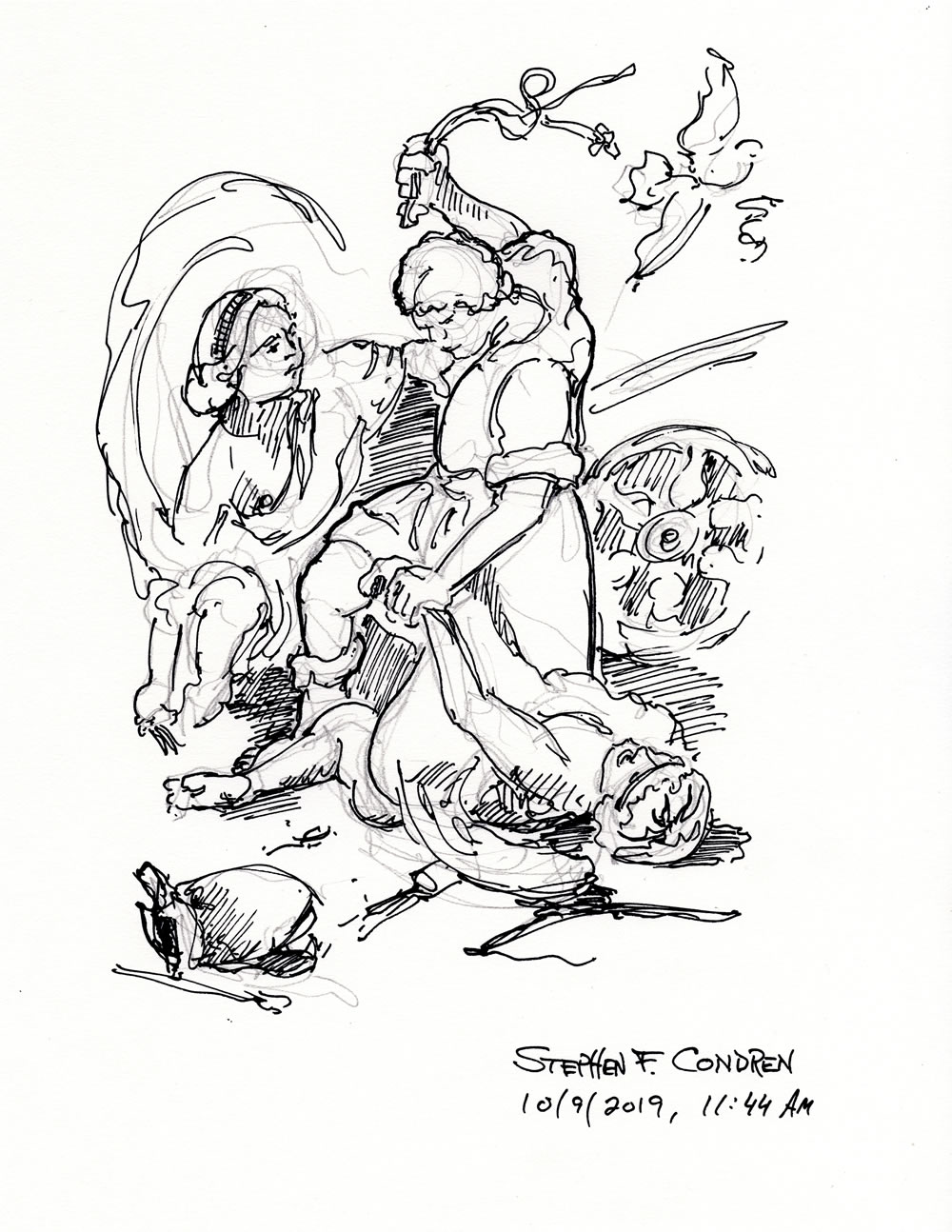 Above is my pen & ink figure drawing of Cupid Chastised by Bartolomeo Manfredi. This famous Baroque painting is the cloak the covers the real meaning of the painting, because it is Homoerotic, and Sadomasochistic. The painting hangs in the galleries of the Art Institute of Chicago, in the Old Masters Galleries. This painting has more to offer than most of the other paintings in the Art Institute of Chicago, because it has more meaning. The meaning of the painting is strong, because the symbols work.

Manfredi was an openly gay artist, because he was a homosexual. In the 17th Century homosexuality was banned, because it was thought to be a sin. Therefore, he masqueraded the gay theme by use of Roman Mythology.

Below are two studies, in pencil, that I have done of Cupid Chastised, because this is a complicated work of art. All three of these drawing were done so as to demonstrate in my article (see Homoerotic Sadomasochistic Gay Art), Manfredi’s real meaning of the work of art. The drawing here show the central axis of the painting design, because it is a powerful work of art.