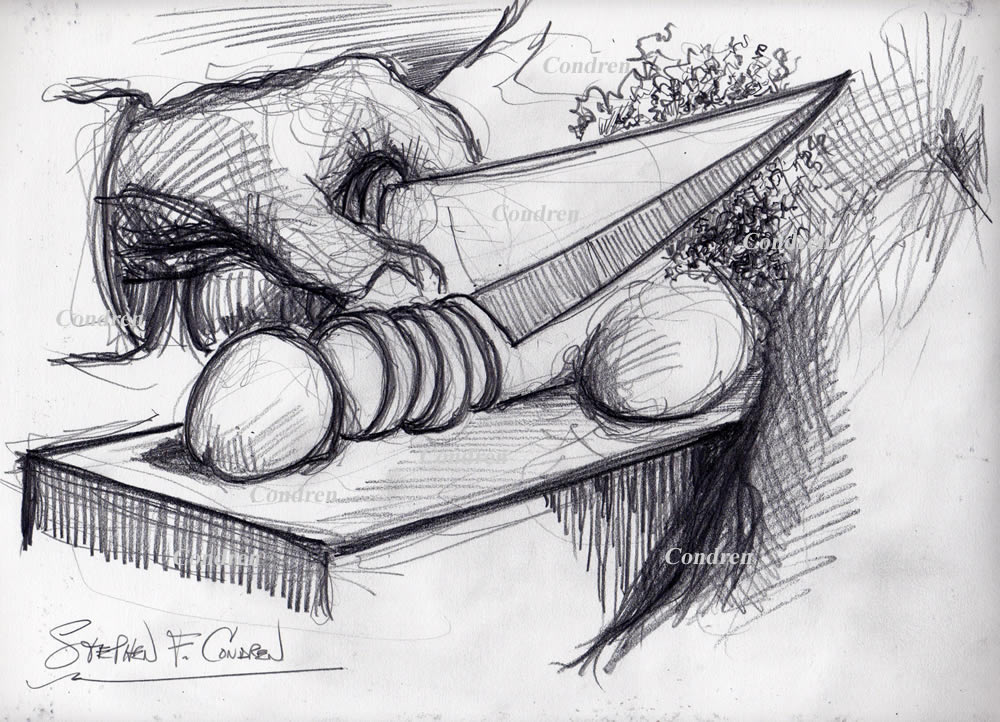 In this comical drawing as a parody on gay torture, because the theme is whimsical. I have a fully enlarged penis being cut into small pieces, because it is a frightening concept. The young man is straddled on the cutting board enduring the pain, because he has no choice. This is of course, comic relief humor on the male penis, and all in good sport, because in reality it is silly. No man would ever straddle a chopping block and let someone hack away at his penis, because he would be insane. Also, note that the penis is full and erect, a state that it would never be in if this were the situation.

This fine drawing is well executed in pencil on paper, because it nicely delineates the image. The tones are evenly distributed, and the shading is well handled, because the cross-hating nicely makes the forms. The success of the rendering is the use of the contour lines, because these bring out the key shapes, and forms of the scene. This would be the kind of scene found in gay torture prints.