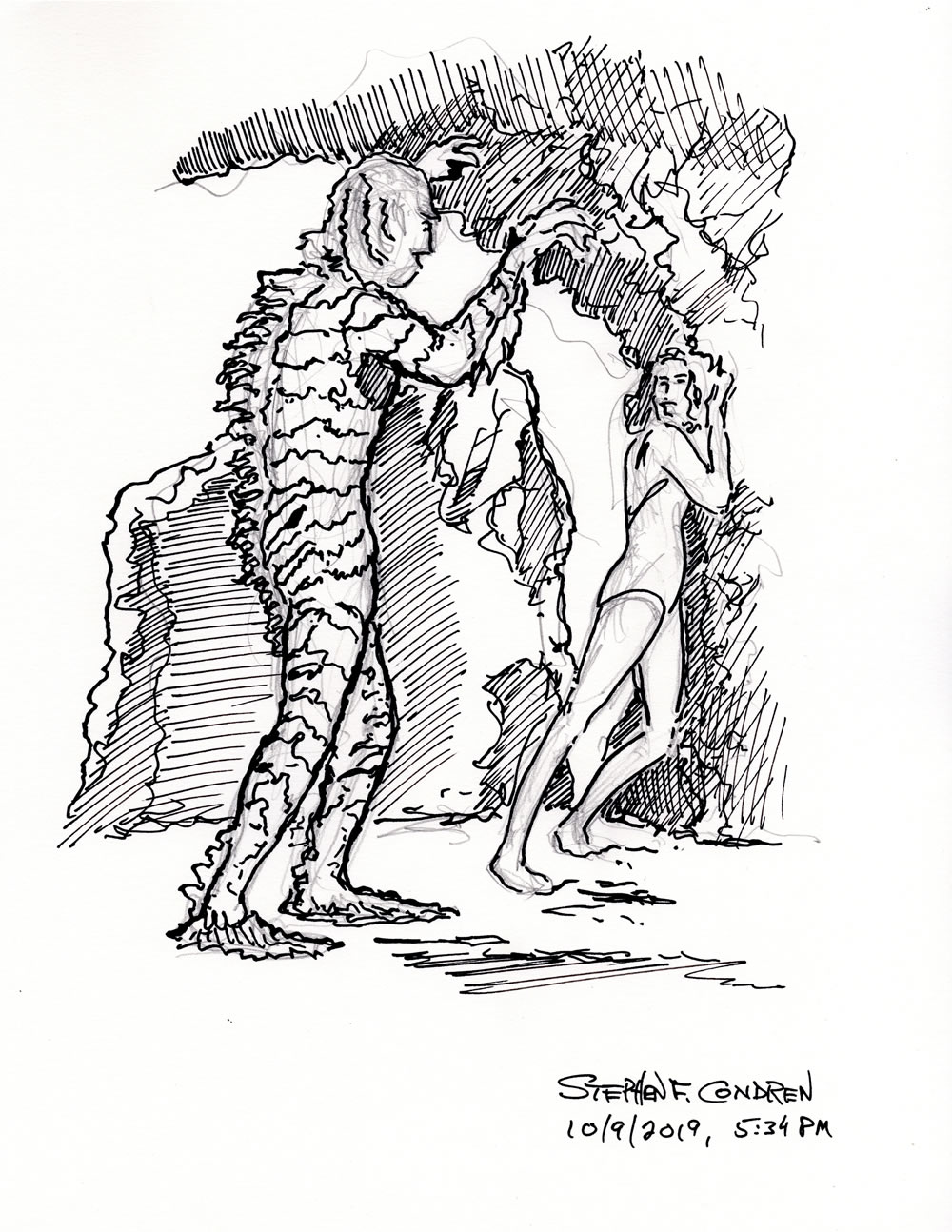 A Red Herring For Male To Male Sexual Awareness

The very phrase “Beauty (the female) and the beast (the male), exposes the ploy behind all this, because putting female beauty over male beauty is a vile breach of Nature. From the fish in the sea, to the birds in the air, it is Nature’s decree that the male is most fair. ~ Stephen F. Condren.

Bestiality is a theme common from Bible times to modern times. The story of Beauty and the Beast immediately comes to mind, however, it has a deep-rooted history, because it is ancient practice. It is my firm conviction that all notions of beauty and beast is a Red Herring. It is the male dominated society’s attempt to play down male beauty. Rather the task is to elevate female beauty over it, because males had become aware of their own sexual persona. Men (and women) are exceedingly aware of the power of male beauty, because we all succumb to beauty.

Religion, and social mores banned gay and homosexual activity, because it was marked as a sin, and corrupt. However, the forces of Nature, and male beauty are far stronger than any religion, or moral codes, because they are genetic. Society could not deal with this, and swept it under the rug, because male beauty was stronger than their mores. The solution to male sexual desire for males was to exaggerate the “beauty” of the female. This is because it funnels sexual focus to the female.

Hence the adoration of female beauty, which is absolutely inferior to male beauty in every way. Foisting images and stories (Scheherazade) of the glorius female, both visually, and sexually. Thus, even the ugly monsters of the earth, and in our minds (Monsters of the ID), pay homage to banal and worthless shell of the female body. Shifting the weight of the load to the female, lifted the burden of men looking at other men, and having peace of mind. However, in the long run, men pay the price for this folly, because they end up being “Pussy whipped”, by their wives. Now, the man of today is a hollow shell of what he could have been.

The real element on the table here is not sexual attraction to animals, because that is repulsive, and not a large social issue. Whereas, male to male contact and fascination with each other sexually is pervasive in all cultures, and at all ages, causing angst for insecure “straight” men. Men make it a point, in the locker room, to look up or straight ahead, because they do not want to be caught looking at another man’s genitals. However, it is good, natural, and healthy to do so. However, beauty and the beast is a ploy to keep the focus of sex on the female, because then the male can play the straight game without angst, so he thinks.

Men are naturally attracted to each other sexually, and it wholesome, and natural. There is no reason whatsoever, that men cannot enjoy physical, and sexual pleasure with each other. The silly, and bogus taboo of male to male sensuality is a sham. Gay male eroticism is heathy, exciting, and natural. For male to male eroticism is not based on sexual intercourse, but rather the embracing of male beauty. Thus, hugging, kissing, and fondling is the essence of male to male eroticism. It is time that it be made know, and address it maturely, and properly. How men deal with this attraction is for a different article.

Above is my drawing of the Creature of the Black Lagoon accosting a beautiful young lady, with no intent to harm her, because he desires her. This scene is a ploy to elevate the female body as sexually desirable over the male body. This is because it makes insecure “straight” males feel safe. No matter how you cut it, the male is far more beautiful than the female in every way.