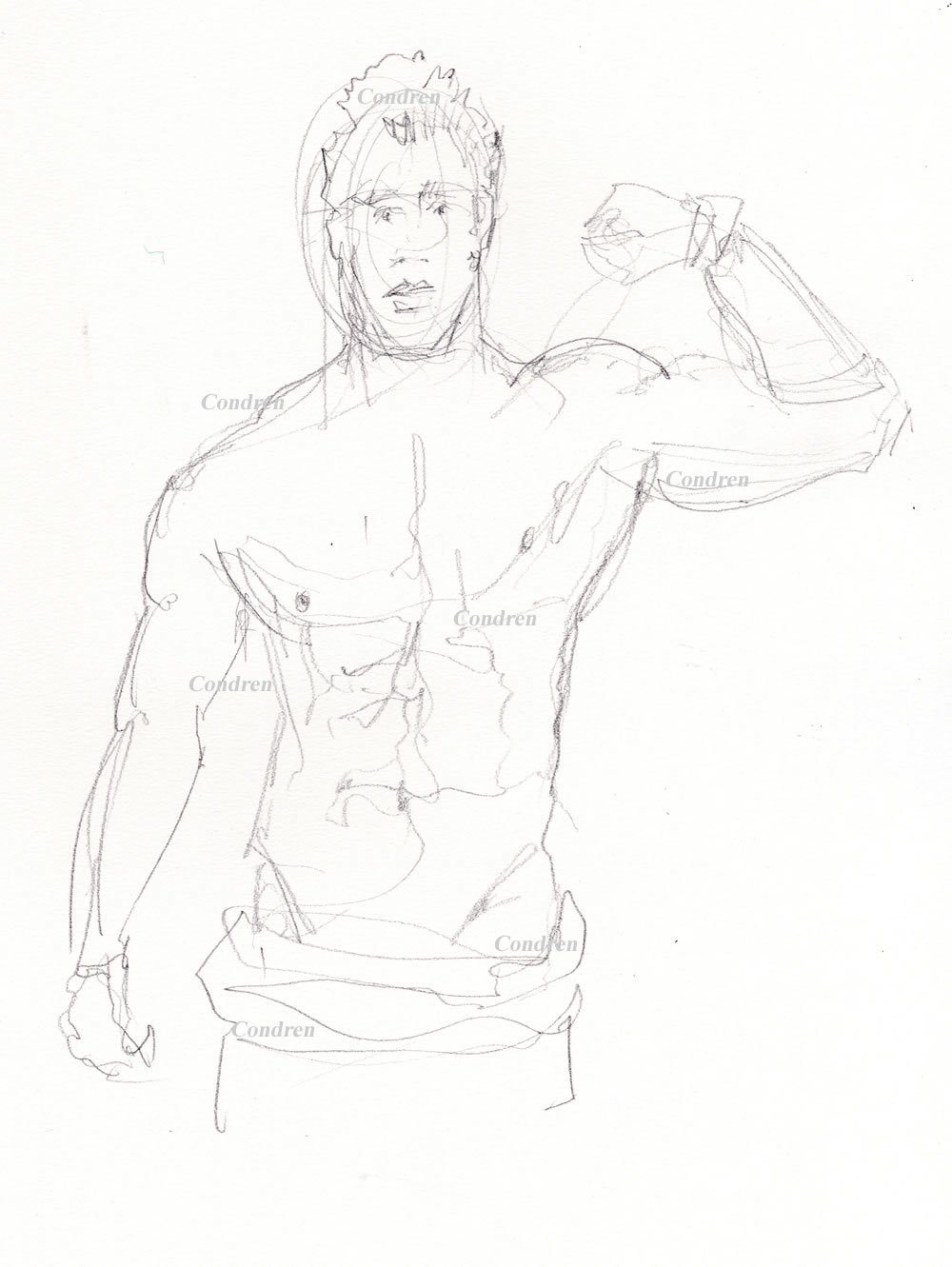 The drawing above is my preliminary sketch for the finished drawing that is seen below, because it was my study. I took the image from a video and captured it with a “Print Screen”, because it was an immediate freeze on the image. As I looked at the video several times, so as to see what spot to freeze. I was fortunate to capture the pose that I wanted on the first freeze, because the young man moved so quickly.

In the sketch above I made use of an HB lead, because it is a lighter weight lead. I was of course, light to the touch with my stylus, because I did not want to make any dark marks.